This last weekend I went to the Bay Area Open, on Saturday I was a Floor Judge and I played in the 35 point Steamroller on Sunday. I'll write up a proper report on my play experiences and how Darius + Strom Srider = Win, later this week. This is mostly a Photo dump.
Here is a list of the number of players per Faction that showed up
4 Khador
3 Cryx
3 Trollblood
2 Retribution 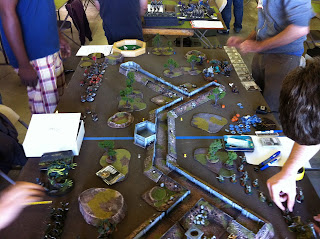 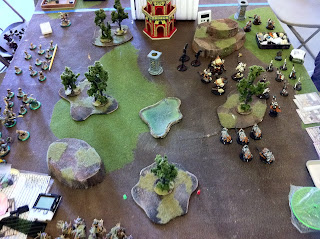 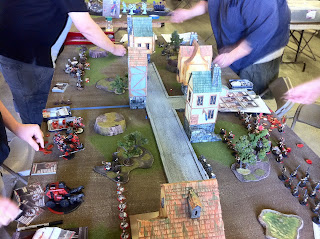 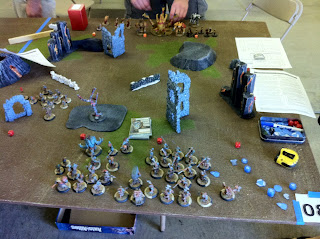 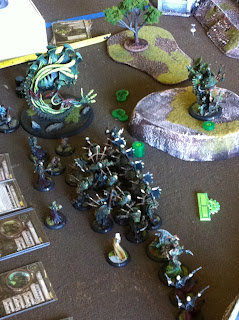 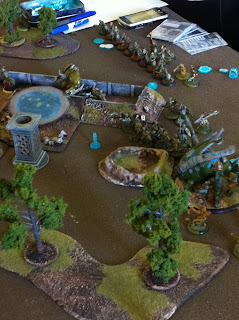 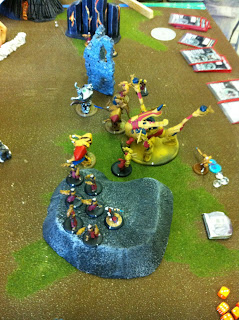 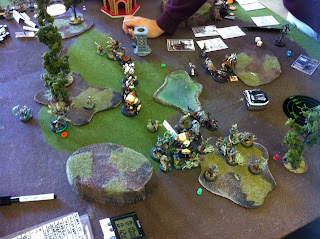 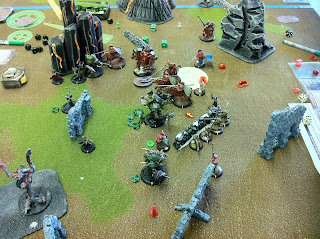 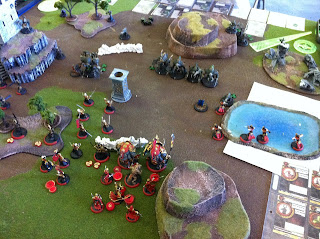 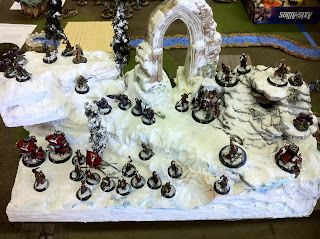 These photos are of the 50 point Championship game on Saturday.
Brian E.'s Trollbloods vs. Bryan C.'s Khador 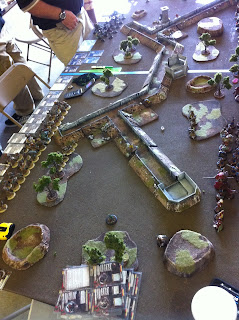 The Borka's Horde only had one warbeast a Dire Troll Mauler. 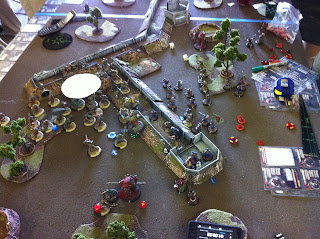 The game was very hard fought, with wave after wave of Trollbloods crashing in the Khador line. 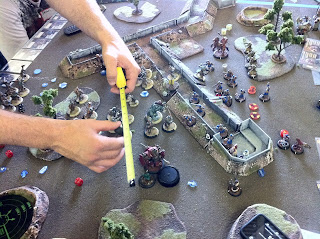 Bryan managed to win on Control points.
Posted by Ninjaray at 2:30 PM

Email ThisBlogThis!Share to TwitterShare to FacebookShare to Pinterest
Labels: IABN

It sure is nice seeing all those painted minis at a tourney. I really liked the Khadoran snow fort display was really well done. Thanks for the pics.